Confession: My students (5th and 6th graders) are cake pop addicts and it's my fault. A couple of months ago, I needed an excuse to try making cake pops (why I thought I needed an excuse, I don't know). So, I told my students that if they missed five or less, as a total class, on their spelling tests, I would make them cake pops. They didn't know what cake pops were, but when I explained, the dream of cake on a stick was enough. The 5th graders made their goal that very first week. I went ahead and made them for everyone. They were an instant hit. 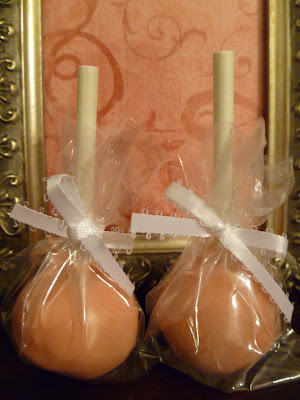 Since then, I've made them two other times. The ones in the picture were for Valentine's. I wish I had taken more pictures, but it was LATE at night, and I was desperate to go to bed. My pops are not perfectly round, and the pink for Valentine's didn't turn out as pink as I wanted...but truthfully, 10-12 year-old students getting a present from their teacher just don't care. What matters is that they made their spelling goal, which means cake on a stick. They are incredibly "treat" motivated....hmmm, how else can I use that?
Posted by Kristina at 9:57 AM